The futuristic building of the Walt Disney Concert Hall creates a gorgeous environment for your Los Angeles Wedding. Located right downtown, it’s close to great hotels, the Modern Art Museum and other great locations for your wedding photography.

Here are some shots taken at Walt Disney Concert Hall from previous weddings: 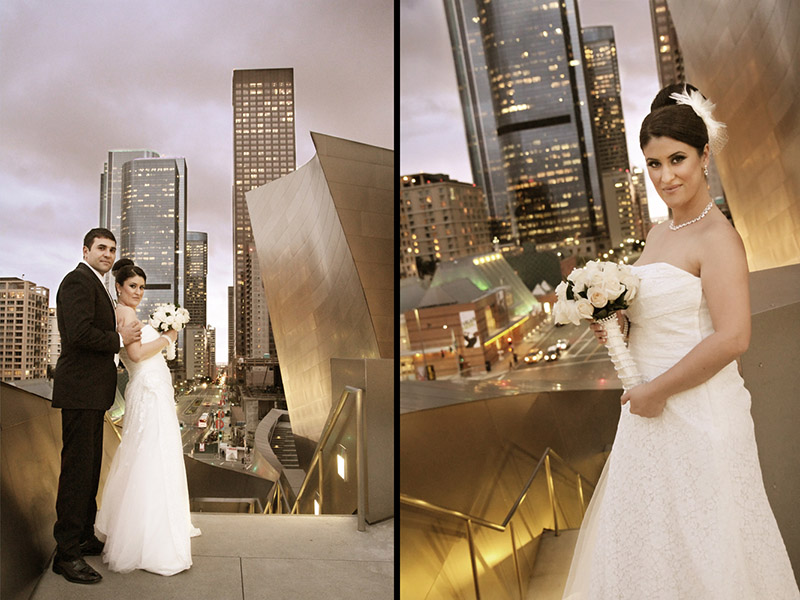 The Walt Disney Concert Hall is a music venue in downtown Los Angeles, California, United States. It is the home of the Los Angeles Philharmonic orchestra and the Los Angeles Master Chorale. Designed by Frank Gehry, the building opened in 2003 and has become a landmark of the city's downtown cultural district. It is located at 111 South Grand Avenue in downtown Los Angeles, near the intersection of 1st Street and Grand Avenue. The concert hall is known for its distinctive architecture, which features a stainless steel exterior with undulating curves and a large, sweeping canopy over the main entrance. The interior of the hall is designed to enhance the acoustics and features a vineyard-style seating configuration that allows for excellent sight lines and sound quality. The Walt Disney Concert Hall is a popular venue for concerts, lectures, and other events and has become an iconic symbol of Los Angeles' cultural life.

You agree to comply with all applicable laws, statutes, rules and regulations regarding your use of our work, including, without limitation, intellectual property laws and privacy laws.